March 6th 2004: I have always loathed photographs of me, which is why none ever seem to appear on this site. But now I have something absolutely fabulous to show you, which I really think captures me. It is a portrait by Jacqui Grantford, to be entered in this year’s Archibald Prize. I think it is totally fabulous – thanks so much, Jacqui!

This painting is huge, about 3 metres by 2, so images are somewhat reduced. The garden in the background is that of Ashcotte, the figures of the naked ladies from Jacqui’s imagination. I’ve included two images: one of the entire painting, one of a closeup of me.

I love this portrait – thank you, Jacqui! 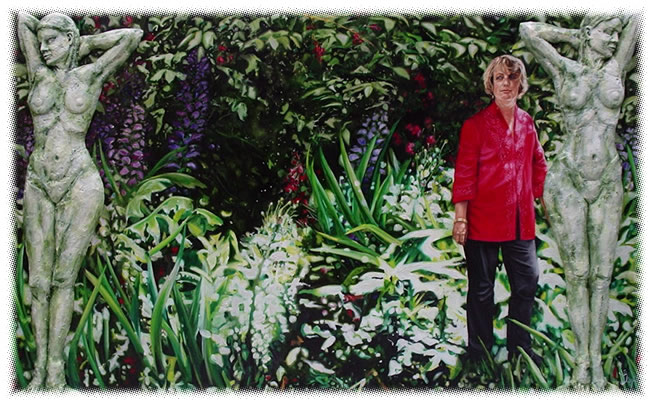 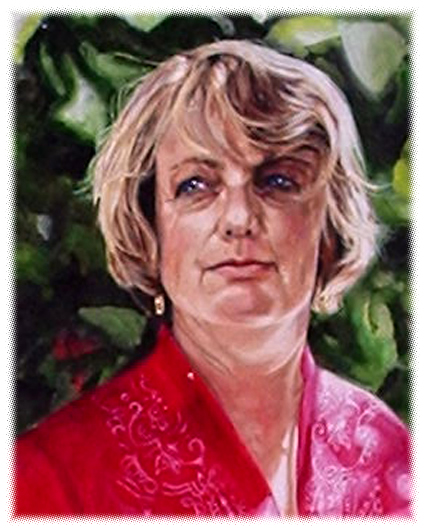 Editors note: this painting by award winning painting and illustrator Jacqui Grantford was originally done for submission to the Archibald Prize, an annual competition for for portraiture and one of Australia’s oldest and best-known visual arts awards.