This is a ‘final plan’ (aren’t they all!) done in late December 2005 – it is largely the plan that went out to the landscaping firms tendering for the contract (well, what actually went out was some 15 sheets of plans and drawings). It shows what I wanted to do in late December 2005. It also shows the proposed extension to the house on the lower eastern corner where once stood the potting sheds. The potting sheds are still there (as of mid-2006) and the extension, if ever it goes ahead, will be years away. So currently, and for some time, the house footprint remains as it appears on the survey plan. 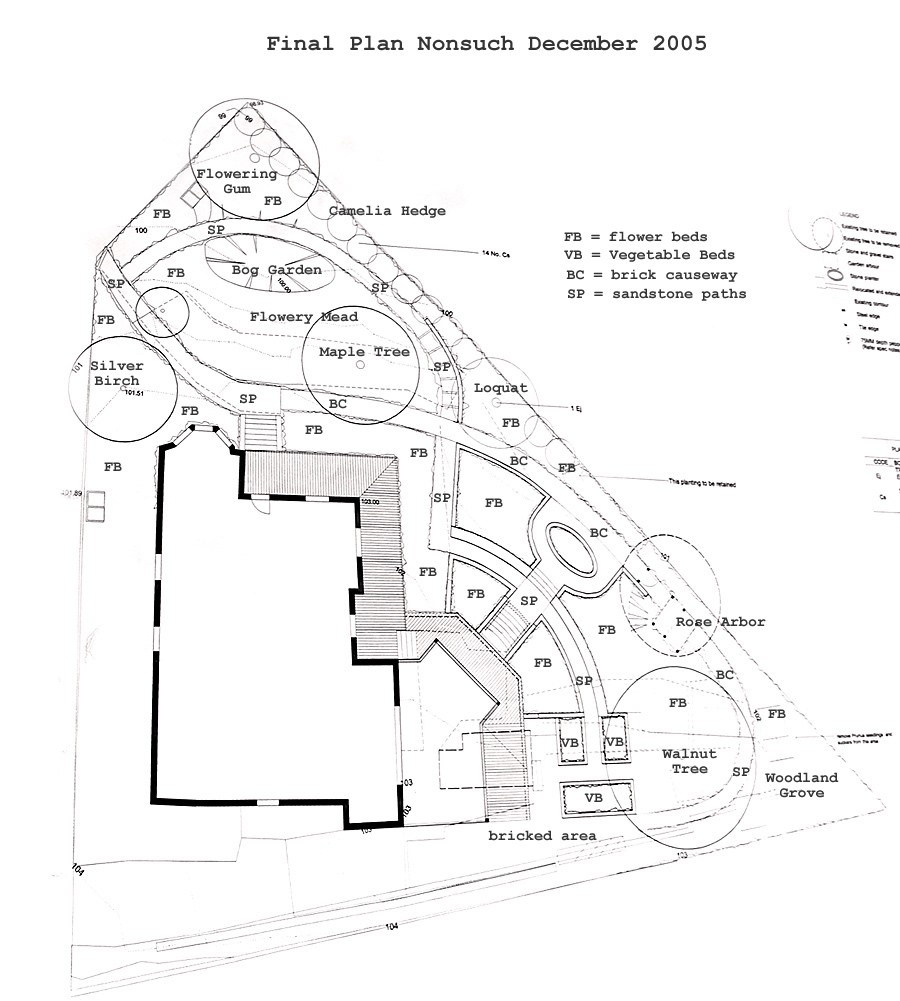