My name is Sara Warneke. If you read fantasy fiction you may know me as Sara Douglass. In my life I have been a registered nurse, a university lecturer in medieval history and a writer. But my passions are gardening, preserving and as much self-sufficiency in my daily life as I can achieve, and this really is what this site is all about.

I came very late to both gardening and preserving. I didn’t own my own house until I was 39 and thus my gardening efforts were restricted to making sure a man came occasionally to mow the lawn of whatever rental I lived in, or, in one house, hacking away at the hydrangeas once a year because I felt I needed to do ‘something’ to them.

But at 39 I bought my first house – a lovely brick Victorian called Ashcotte in the central Victorian town of Bendigo. It did not have an established garden (the previous owners had the garden stripped out, but had then stalled in the ideas and motivation departments). Suddenly I had a garden!

I had no idea what to do with it. Obviously something had to be done and so I bought some shrubs and planted them hopefully in the front garden.

They died. Thence ensued a steep learning curve in the arts and glories of gardening. First I set out to learn all I could about soil, and that led me to the wonders of compost. From there the garden flourished and I became addicted. In the eight years I lived at Ashcotte I fashioned a lovely cottage garden out of the wilderness of mulch and weedy lawn the former owners left behind.

From Ashcotte, I moved to the island of Tasmania and Nonsuch in 2005. Central Victoria was in the grips of a terrible drought and stronger and longer heat waves and gardening was becoming harder (as was life in general). I wanted more space. I wanted a more temperate climate. I wanted water. Thus Tasmania and thus Nonsuch. It had half an acre, which I foolishly thought too little (I have since discovered half an acre is barely manageable by me alone) of a garden sadly gone to wrack and ruin. I kept a few big trees and a camellia, and the rest went. I had the garden landscaped for a mainly ornamental garden (I had stone terraces put in down the steep slope of the garden) and then, just as I’d had that completed, I decided I wanted a food garden more than I wanted an ornamental one.

I’d had an epiphany. I’d been down to the local supermarket one day to buy some chutney for my luncheon sandwich. While standing in the condiments aisle I very suddenly, stupendously realised that all the stuff stacked on the shelves was absolute shit. It was tasteless and full of chemicals.

I went home and dug out some old preserving books that had been handed down through the family … and suddenly my love of preserving was born (you can check some of my favourite recipes in the recipe section). From preserving I rapidly moved to kitchen gardening as I wanted the freshest organic produce for my preserving that I could get. I soon realised that kitchen gardening is heaps more fun than ornamental gardening. It is more challenging – there are far more ‘layers’ to master: crop rotations, green manuring, sowing what when and in what succession, how to extend growing times … so much to learn.

From my deepening interest in organic food growing I developed a deep interest in not only organic gardening and food, but in the environmental impact of our eating (and food shopping) habits. Along with my passion for organic kitchen gardening and food preserving, I am also an ardent locavore – buying what I need as locally as possible. There is no one so passionate as a convert!

My aim, essentially, is to become as self-sufficient (self-reliant may be a better term) as possible, reducing my impact on the environment by reducing the ‘products’ I buy and use (this year I aim to stop using cling film completely), and growing and making as much of my own food as possible.

And I want to have a lot of fun and satisfaction along the way.

I talk at some length about what I want to achieve, both for me and for this site, on my blog, entry for July 13th, 2009. 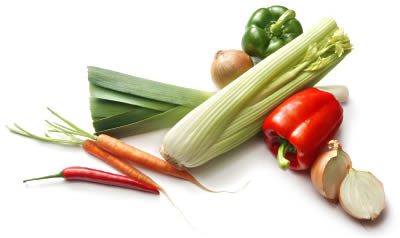