Which means, I have some time for the blog, sadly neglected. It has been a busy few months as I have had to finish a book, as well spend what time I can in the garden.

I am mostly fairly well right now, with the occasional bad patch, which are bearable enough.

But to business, the garden. I have tried to spend a few days a week in the garden, even if it is just 15 minutes a day. Some days have been good and I’ve been out most of the day, others it is just the 15 minutes, but … gradually the garden is being cajoled back into shape. At the moment the garden is (mostly) a mass of weeded and mulched garden beds and looks fairly boring. I have been fairly severe with it, taking out things that haven’t been doing well. About 75% of the veggie beds are now manured and composted and heavily mulched for the spring/summer season.

This year I am going to plant more flowers. Not so many vegetables. Just the things I really like. A flower garden can mostly take care of itself once it has been planted out, but a veggie garden needs constant work. So I am hoping to stay well enough long enough to get a nice flower garden in.

If not, well, a bare but mulched garden bed is not the worst thing that can happen to a garden!

I have got lots of seeds to start out soon, and yesterday I planted three more peonies (I have lost some over the past 2 years): Felix Crousse – hopefully they will flower this year, although peonies generally hate being transplanted.

As I have been clearing I have been finding lots and lots of old clay pots. These I will be doing something very special with once a bright day and a pile of energy comes along! 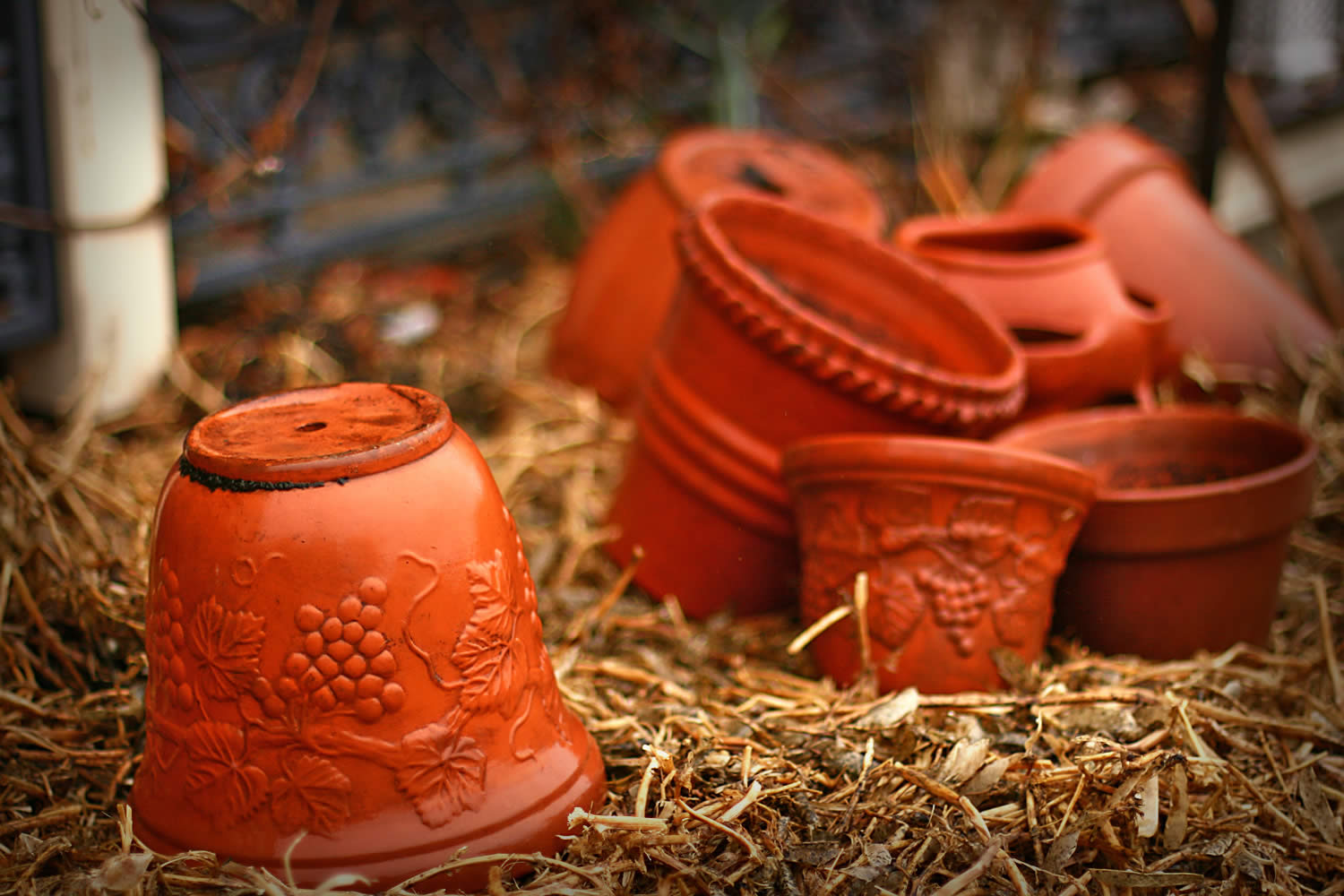 But, mean time, there are more beds that need weeding. *sigh*

As for the Self-Sufficiency experiments. Well, that ended half good half bad. The summer was excellent, as I’d been good through spring of last year and had planted lots of stuff from which I ate well. But then from early summer I became progressively sicker, and I did not plant anything for winter, although I did have a bed of leeks, some brussel sprouts, and a bed of winter beets to eat from.

(It has taken me about 3 hours to write this damned post because a few weeks ago I also got a new computer replete with new software, and trying to get one of the bits of software to do what it was supposed to … grrrrr!)