News from the Nursery

Not so much time for the garden this week as I have been busy at other things, but thought I’d update you from the nursery (a.k.a. the greenhouse).

I have a single disappointment. The tomatoes. I am not sure what I am doing wrong with them, but many have upped toes and died, others seem to be fine (if not actually growing). I suspect they don’t like the greenhouse, which can get very warm despite all vents opened (I have now shaded the front half of the greenhouse with shadecloth) so for now they have gone back to their heatpads atop the veranda where they can sit in dappled sunlight for a few hours a day.

I stand before them and beat my breast and say, “What have I done?” but they refuse to answer.

In the meantime I have resorted to a sometimes used tactic and headed off to the local plant nursery which sells heirloom tomato seedlings and bought several well grown ones. LOL Let’s see if I can kill these.

Otherwise things are powering along. The musclemen of the veggie garden, the pumpkins, just seem to ROAR out of their seedling beds. I sow 2 seeds per pot and then remove the weakling (if one exists), and even the weaklings have within 2 days of emerging powerful root systems that spread all over the palm of my hand. The capsicums are doing well, the cucumbers as well. Most other things have emerged and are growing along nicely.

The potatoes onions, shallots and garlic are doing very well. I might dash out and take a few photos – back in a tic!

OK, that took longer than a single tic, coz two of cats demanded to be brushed, too, and this is spring shedding time, so lots of hair later …

These are the adopted tomatoes! They’re sitting in an old high-sided cat litter tray which protects them from the wind but gives them lots of light and air. At night they go into the greenhouse but during the day they are outside in a protected spot. 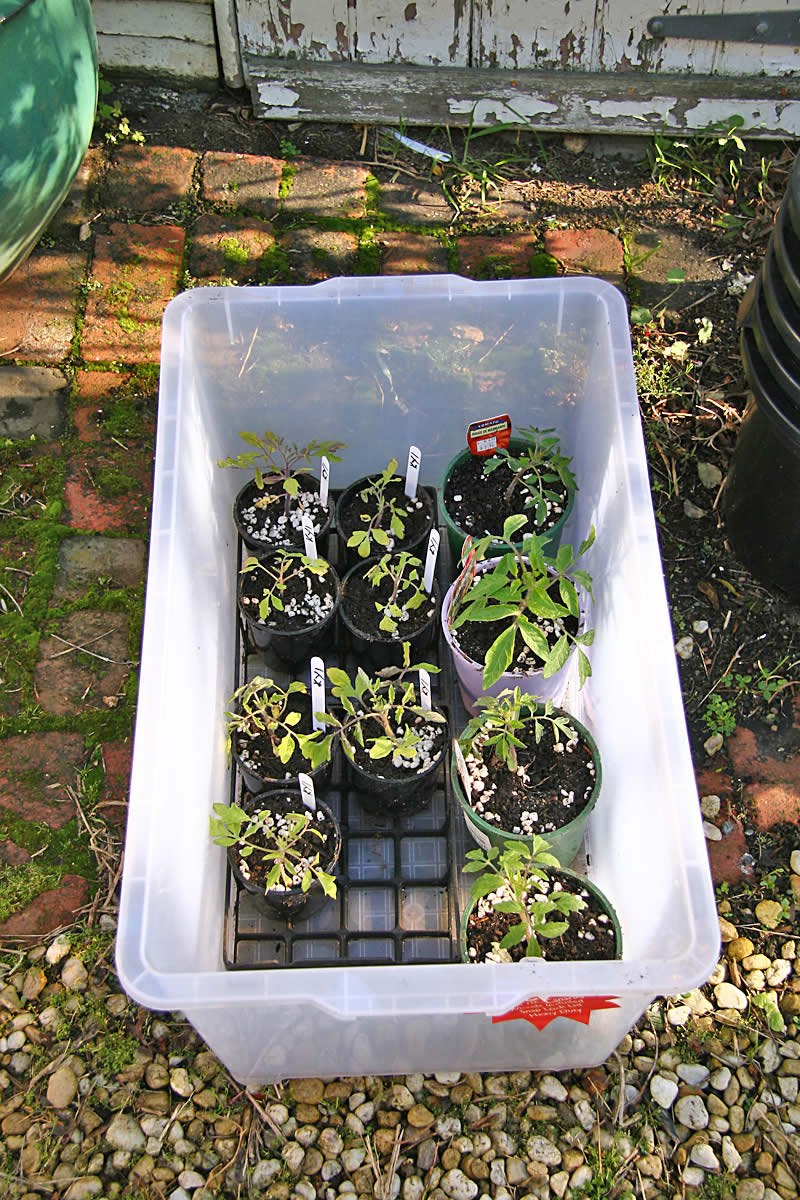 Inside the ever-expanding greenhouse. The yellow things hanging down are sticky insect traps for things like white fly and aphids etc which can get into the greenhouse – already they’ve stickied a quite a few insects. 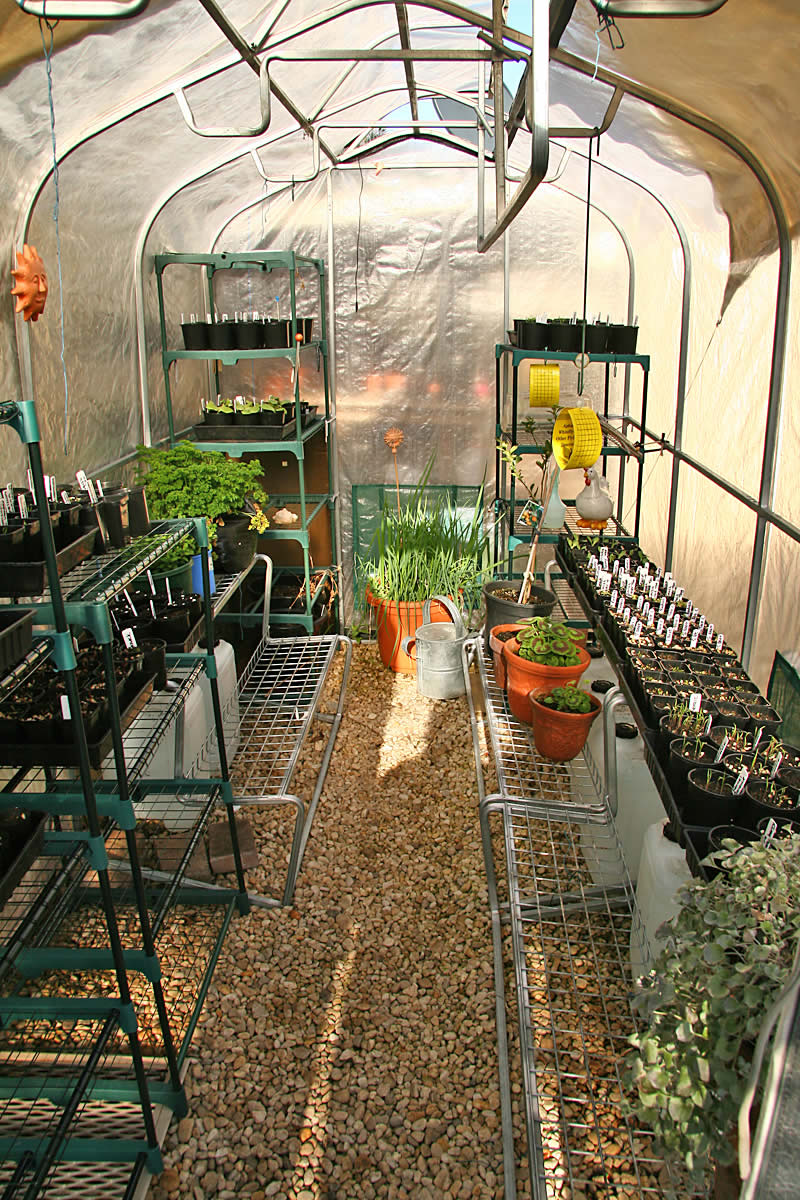 Some small scarlet geraniums I am growing on for colour. 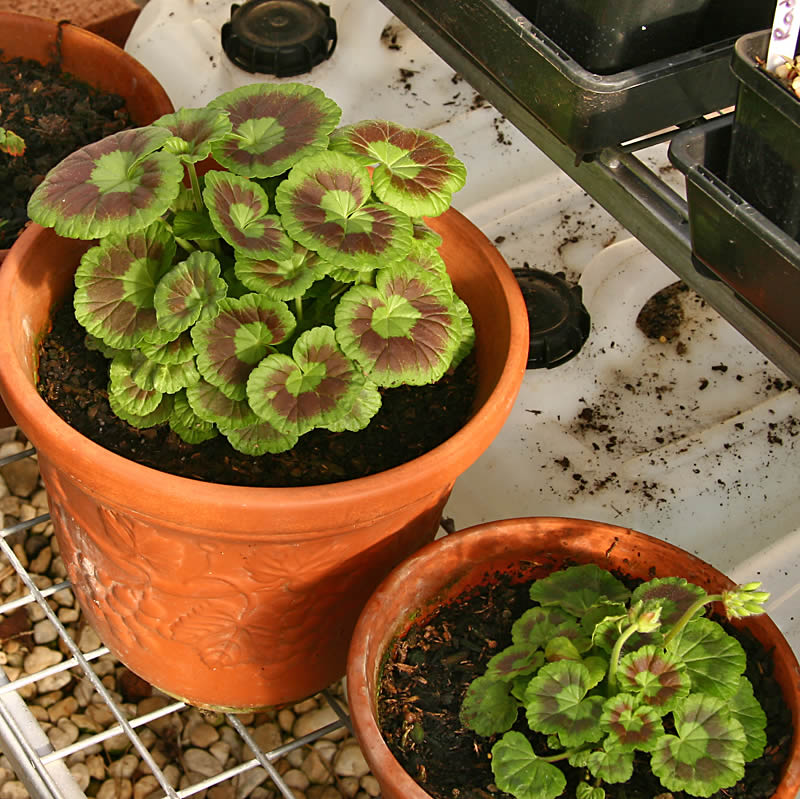 The warthog pumpkins powering along. 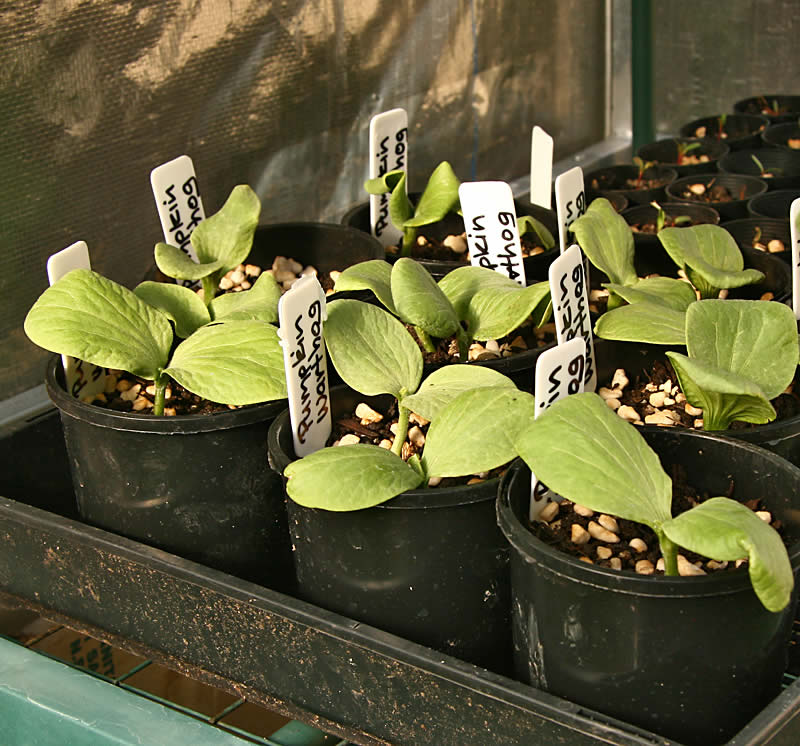 Some herbs, from left to right, basil waiting to germinate, spearmint (I love this for a tea; ignore the price on the pot, this pot has been recycled many times!) and some winter parsley that has been going since early this year. The parsley is growing in a hydrophonic grow bag which I use often. 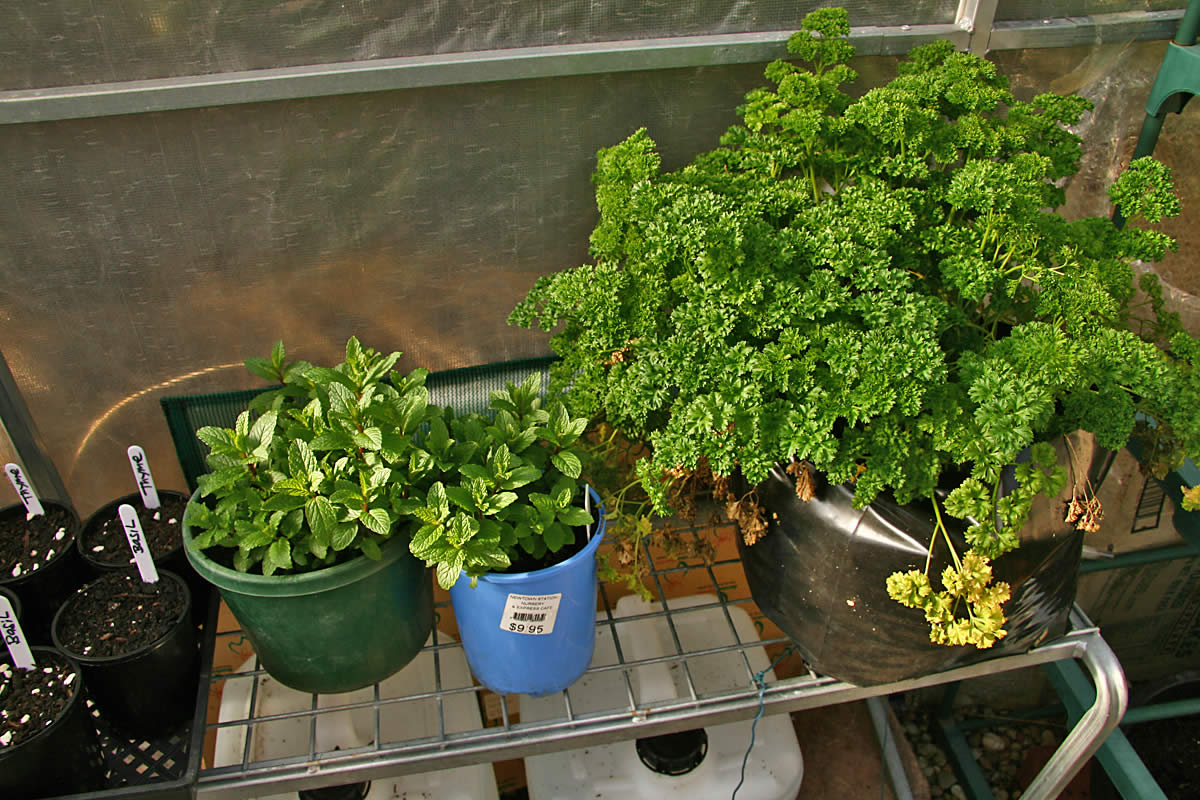 One of the beds of King Edward potatoes, all looking happy. 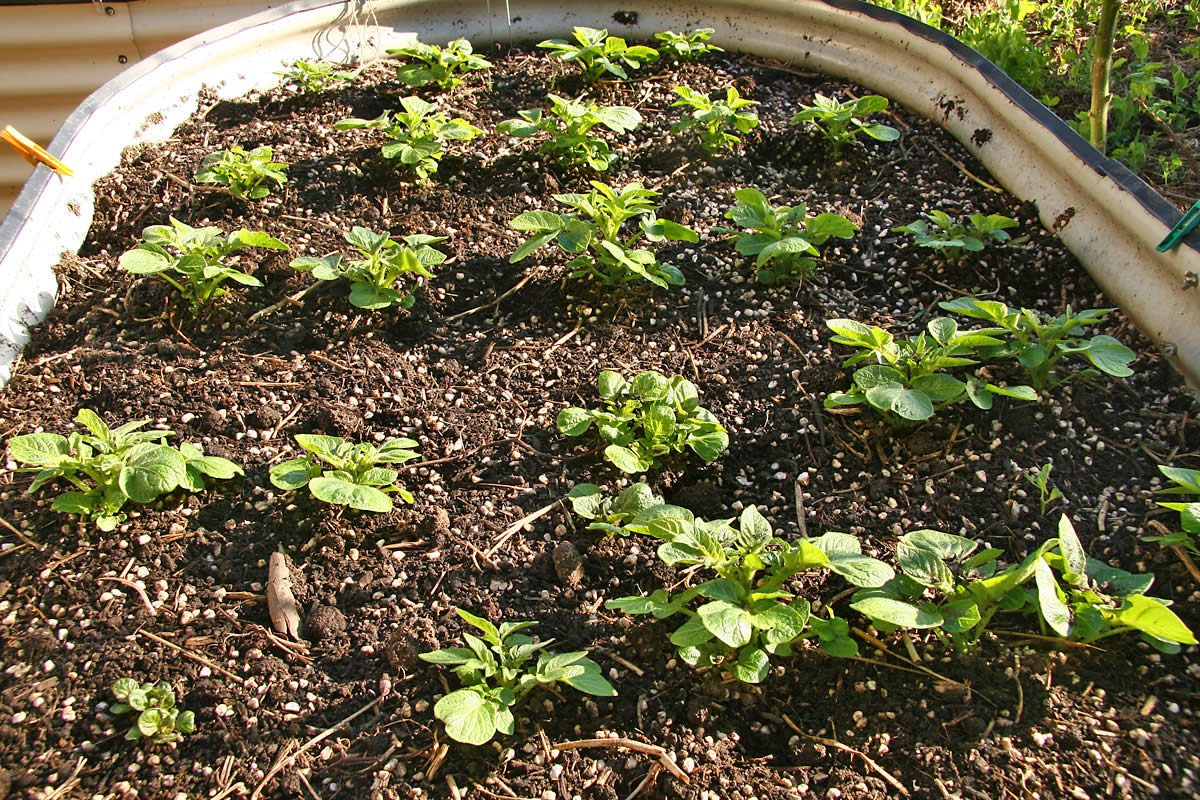 And now for some flowers. Some Spanish bluebells under some shrubs (butterfly bushes). These are indestructible – I’ve had bulldozers run over these and they’ve kept on keeping on and spreading further each year. These were already in the garden when I arrived. 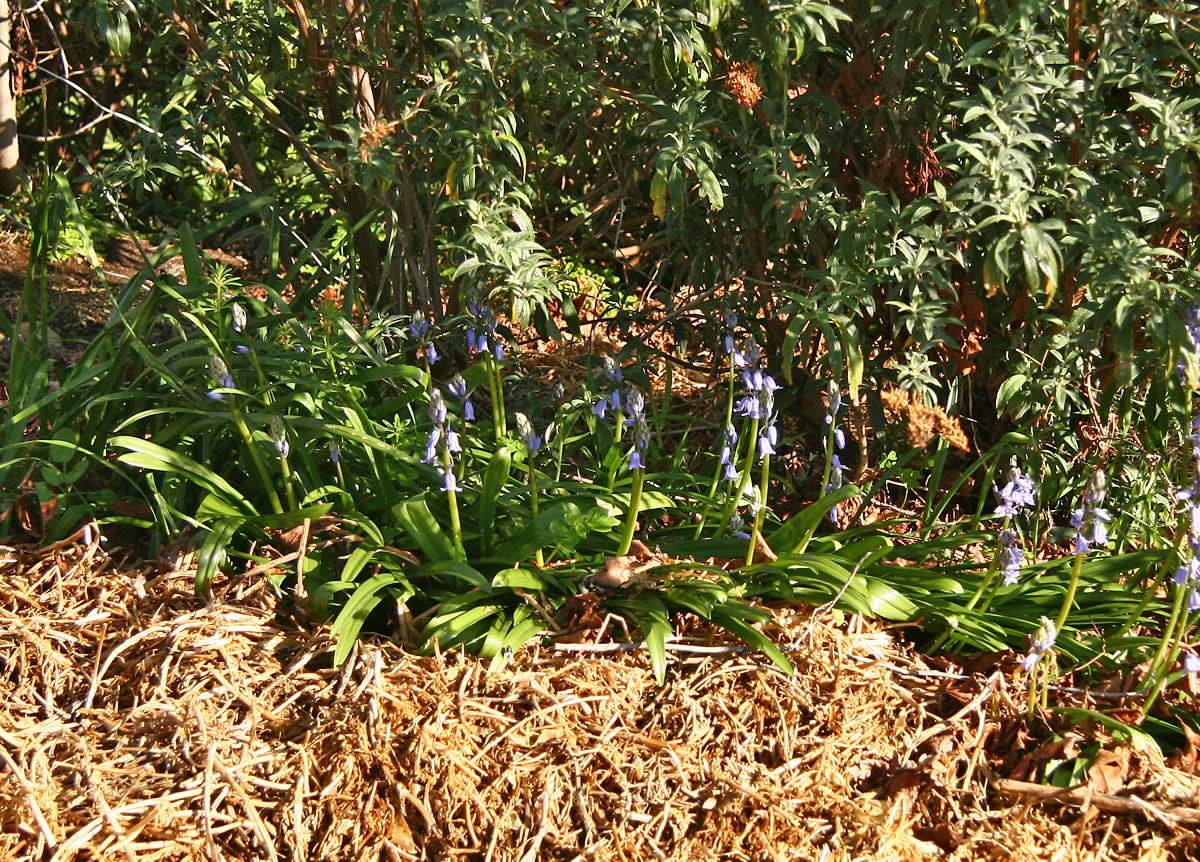 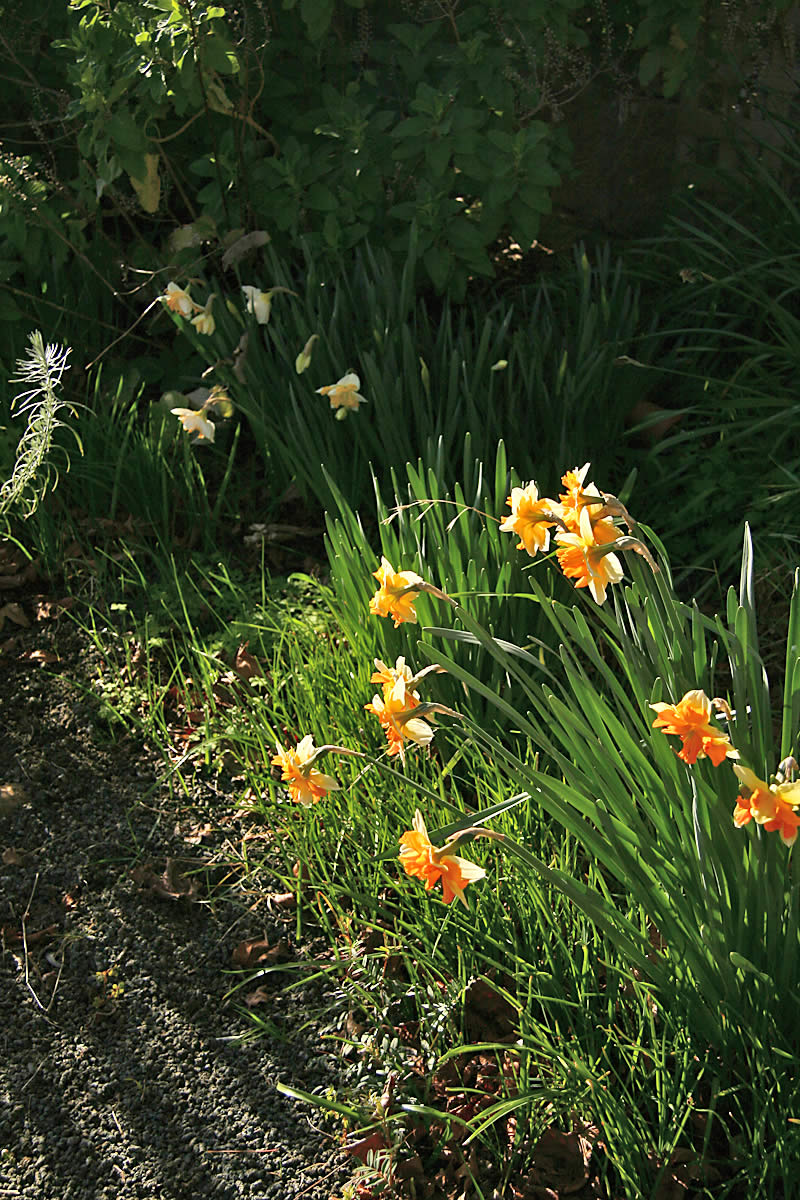 And, last, a view of one of the cats’ enclosures. From left to right you can see a climbing blackboy rose, a huge rosemary bush, some lemon balm at its feet, a daisy, behind the daisy some jasmine crawling over the potting sheds, a bare-branched apple and right in the front to the extreme right, the tiny peach I thought had died but which is now bursting out in finery. The greenery in the mulch are peas starting to grow on. 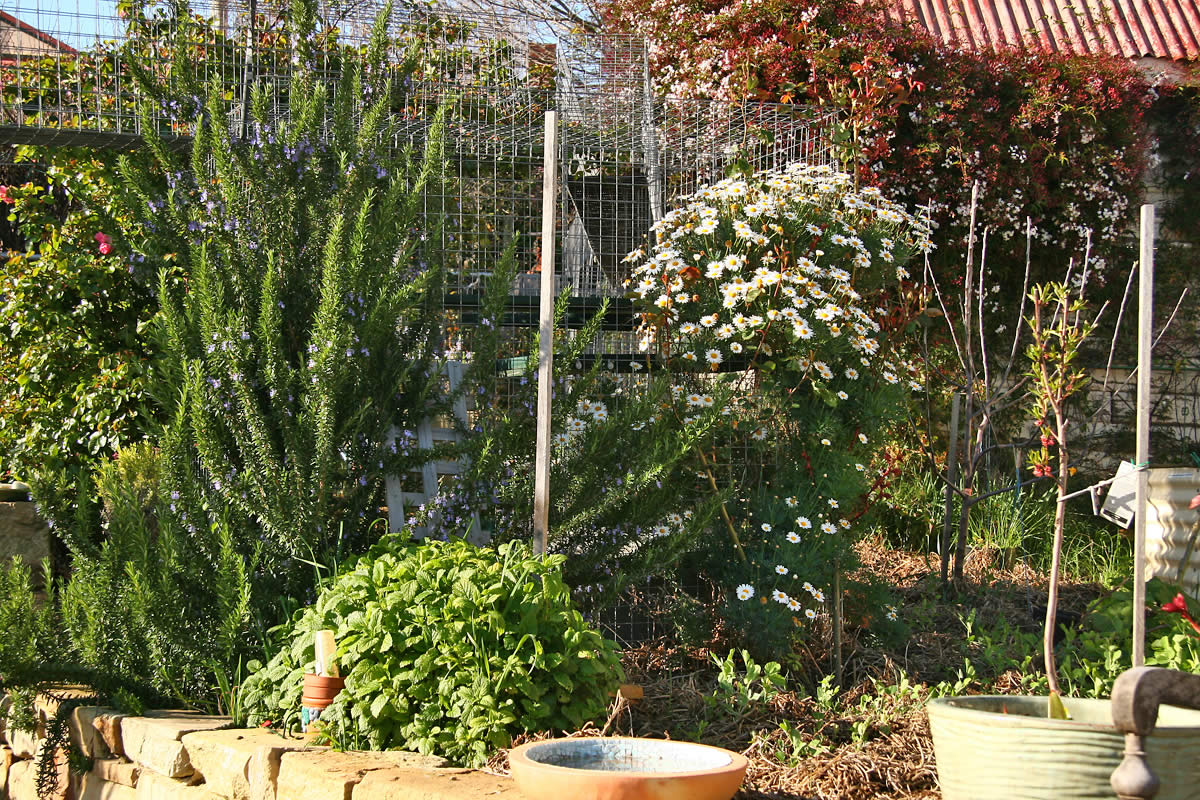